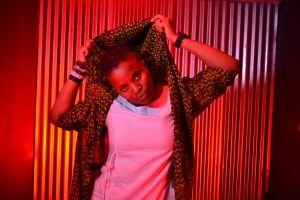 Mthunzikazi A. Mbungwana is a poet, writer and storyteller from a small village of Cala, in the former Transkei, Eastern Cape. She uses her “Gift” as a contribution towards the preservation of indigenous languages, culture and the history of the black nation. Mthunzikazi’s debut isiXhosa poetry collection titled Umnikelo was self-published (2015).
She has contributed to a number of literary journals and magazines such as: LitNet (2011), Baobab (2014) Sunday World (2014), Prufrock, (2015), Poetry Potion (2015), Consciousness (2015), Isolezwe lesiXhosa (2015) and City Press (2016). She has also been published in anthologies: Home is Where The Mic Is (Botsotso 2015), To Breathe into Another Voice: An Anthology Of South African Jazz Poetry (STE Publishers 2017) and Atlanta Review (Special edition for South African women 2018).