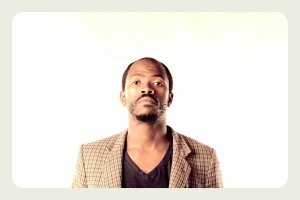 Sabelo Soko is a writer (isiZulu and English), performer and creative entrepreneur from eMkhondo, in Mpumalanga. His work has been published by Geko Publishing, Times Media as well as Panorama Publishers. In 2017 Soko released a poetry studio album titled Umkhondo, under the multimedia company, SabzHero Creations. Umkhondo follows his 2014 debut spoken word project, an EP titled 2380. He has collaborated with Kiri Pink Knob Arts, as both writer and performer, on stage productions such as Poetry Overload Vs Sketching Hard. He has also written and appeared on numerous low budget films on the Lokshin Bioskop circuit. Soko structured and facilitated the Hip Hop Meets Literature workshop for the Jozi Book Fair 2013 and 2014. He currently facilitates poetry workshops countrywide. He is the founding member of WordUP, a live performance platform with a diligent focus on poetry and organic music; he is the founder of Mpumalanga Made Me, a lifestyle brand in the province; as well as the co founder of the Mpumalanga Poetry Slam League. Sabelo Soko is passionate about the art of telling stories and even more so with the skill of owning those stories.